Monday started with us getting up and going up to the gym for a weightlifting/core exercise session.  We did our usual routine, although we had to be careful and make sure that we had a good base when lifting due to the ship moving underneath us.  After that, we went to breakfast up in the Lido café at around 9am.  It was pretty crowded, so we didn’t get to eat outside.  We both had omelets and fruit.  After breakfast, we went to the first talk, which was about the Panama Canal.  While we were waiting, Julie had a latte and also picked up a couple of the Portuguese custard tarts.  According to the boards, they only make these once a day and they don’t make very many of them.  They were amazing.
The talk was about the history of the canal from someone who worked for it for 25 years.  A French company tried to build a canal back in the late 1800’s, but failed. The location of the canal is indeed the narrowest point of the isthmus, but there are some mountains in the way that they had to cut their way through.  Over 20,000 people were died in the French attempt, mostly from Yellow Fever and Malaria.  The French were trying to build a flat straight canal without locks all of the way through.  The American government under Teddy Roosevelt decided to build it and he did.  They chose to build a big artificial lake in the middle with 3 locks on each end that stepped up 85 feet from the ocean level to the lake level.  It was completed in 1914.  Teddy apparently considered it his greatest accomplishment as president.  The talk was highly informative.  One interesting thing about the canal is that Panama actually runs east/west and the canal runs north/south.  Not what you would expect if you don’t look carefully at a map.
After the talk, we did our first team trivia and only got 8 out of 15 questions right.  The winning team had 12, so we have some more work to do.
For lunch, we both had a salad and after that we had a scoop of rum raisin ice cream.  Yummmm, rum raisin!!!!  Next up was another talk about the canal, this one was more about the history and the people involved.  That led into us taking some ballroom dance lessons to brush up on our dancing.  We re-learned the fox trot moves from the Kents.  We then hung out, and got ready for the first formal night.
Julie wore a nice dress and Bob put on his tux.  Our dinner that night was at 6:30 and we planned to have dinner with our trivia partners, Donna and Arlene.  Before the dinner, there was the Captain’s welcome party which started at 5:30.  We went in, met the various high mucky mucks on the ship, had a picture with the Captain, and then sat down for some free drinks, dancing, and music.  The Captain then got up and told us that there are 500 crew on the ship from over 42 countries.  The passengers are from 19 different countries, with 400 from the US and about 170 from California alone.
Some people have asked about formal attire and whether they could get away with less formal clothes.  There were many tuxes and dark suits.  But we also saw sport jackets and ties.  We didn’t really see much that wasn’t at least a sport coat and tie (Bob saw one person wearing a flowered shirt in the Captain’s party) and we saw a gentleman in a shirt, tie and outdoor style zipup jacket.  We also checked out the specialty restaurants and it seemed that everyone was pretty much dressed the same.  Since the Lido deck was not open this evening, about the only real option if one doesn’t want to bring a jacket and tie is to eat in your room.  Crystal will serve you dinner in your room and let you order off the regular menu.  So, you can get the same food as the dining room.  There is also the option of changing into more casual clothes right after dinner.  We suspect that this will be the most "formal" of the formal nights due to the Captain's Welcome Cocktail Party.
For dinner, we have the open seating option with reservations and had a great table in the back corner for 4 people.  It was quiet and quite nice.  Julie had lobster and Bob had the chateaubriand.  The nice thing about Crystal is that the portion sizes are not gigantic and the food is amazing.  After dinner, we headed to the production show “The Envelope Please” which is a tribute to winning songs from the movies and music industry.  It was a really nice show.
BTW – the weather outside was amazing.  It was about 73 degrees and there was a wind from behind that was roughly the same as the speed of the ship, so no matter where you were on deck, there was no wind.  Amazing. 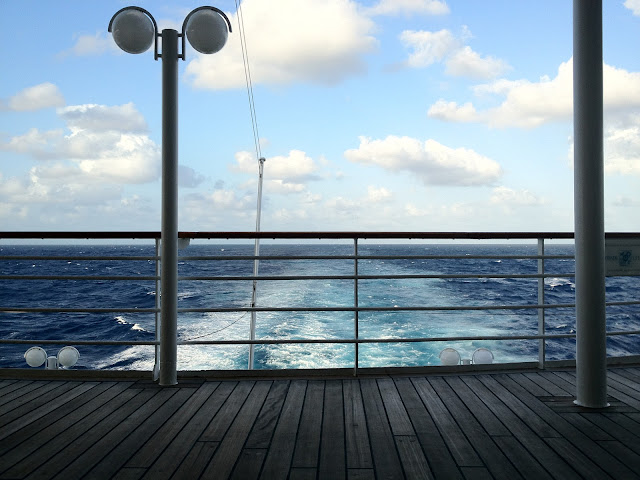 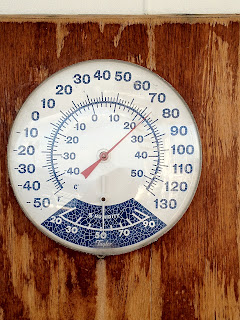