We arrived at Floreana Island in the night and were anchored off Point Cormorant.  At 8am, we began the morning excursion by boarding the zodiacs and doing another wet landing at a beach (the one the day before was a white coral beach, this one was brown lava).  The wet landing was uneventful (Bob decided to just “barefoot” the landing, which proved to be quite easy when going to a sandy beach.  Besides learning about the various plants on the island, we came to a brackish lagoon which had seven pink flamingos (unfortunately, they were all of the way on the other side of the lagoon). 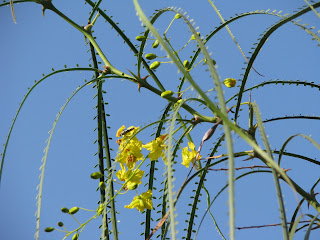 We then proceeded across the point to a white coral beach where we saw two sea turtles mating in the water.  We learned that they mate for several hours.  The female mates with several different males.  The female then goes out of the water in the evening and goes up to the beach and digs a hole to lay 80 to 100 eggs.  Once done in the morning, she returns to the ocean.  Sea turtles typically live around 80 years and reproduce every year once they reach maturity (at about 20).  The eggs take about 3 months to hatch.  Once they reach the correct temperature, they hatch and make a mad dash for the sea (this is usually at night).  Unfortunately, only about 10% of them survive due to the predators, both on land, from the air, and once in the sea. 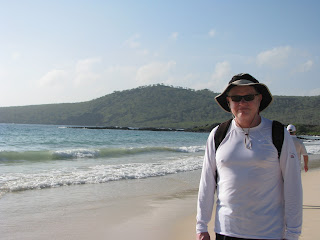 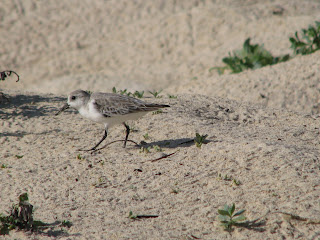 The following are two mating turtles.  Apparently they mate for around 3 hours straight: 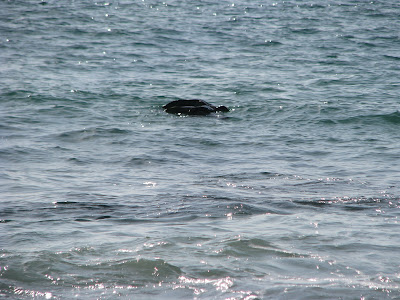 The beach was quite beautiful.
We then returned to our landing beach, got out the snorkel gear and went snorkeling.  It was very nice, lots of multi-colored fish.  We then returned back to the ship at about 11:15.  We had lunch and then prepared for the afternoon excursion.
The ship moved during lunch a short distance to Post Office Bay.  The afternoon excursion was to board the zodiacs and go on a longish zodiac ride and eventually end up at the post office.
Pelican: 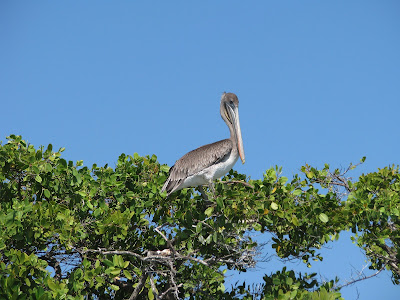 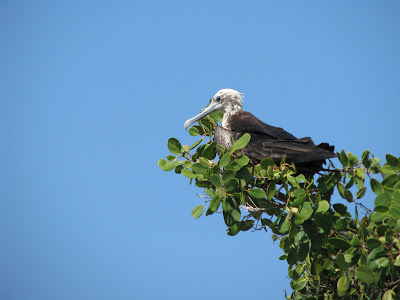 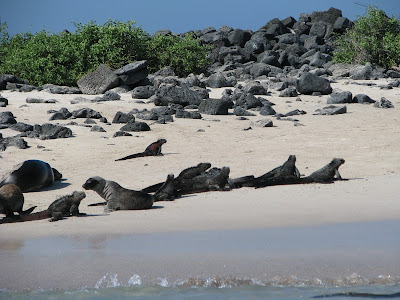 The post office is a barrel where people put in letters.  This is an ancient tradition where whalers and other sailors who would be gone for several years, would drop letters to their families in the big barrel.  Ships that were just arriving would drop off mail to the sailors in the barrels, while ships heading home would pickup any letters that were destined for wherever they were going. 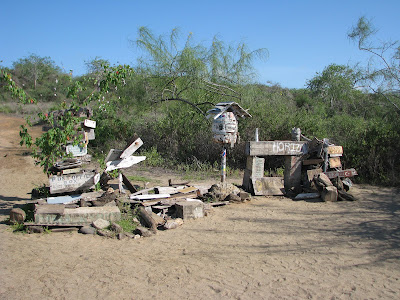 In continuing the tradition, you sort through the mail and see if there are any letters to where you live.  If you find one, then you are supposed to hand deliver it to the recipient.  Likewise, you can drop off a postcard or letter and see how long it takes to arrive at its destination.  We then did a wet landing and wandered the short distance down the beach and to the post office.  It was kind of crazy with lots of signs.  Everyone sorted through the letters and we found one for Pleasant Grove Utah, which we will deliver.
Steve at the post office: 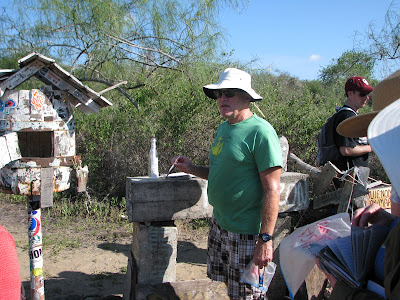 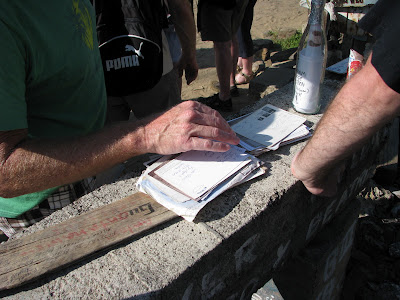 The zodiac excursion was great.  We got to see lots of birds, sea turtles, and sea lions.  In one area there was a bunch of pups playing together in the water.  They were also cohabiting a beach with some enormous black iguanas (the colorful ones are called Christmas Iguanas).
After returning to the ship and preparing for dinner, we had a Blue-footed Booby cocktail party at 6:45, the briefing for the next day at 7:30 and again dinner following.  The Blue-footed Booby cocktail is blue curacao, vodka, pineapple juice and triple sec.
Posted by Bob at 5:54 PM