Over night, we sailed to the very top of Isabela island, where the mouth of the sea horse is (if you look at a map of the Galapagos, Isabela looks like a giant sea horse with a big boot on the bottom).  This is a very restricted area, so you are only allowed to do 3 boats at a time, and only for an hour.  So, they ran things in two shifts.  We were on the first shift at 8am. 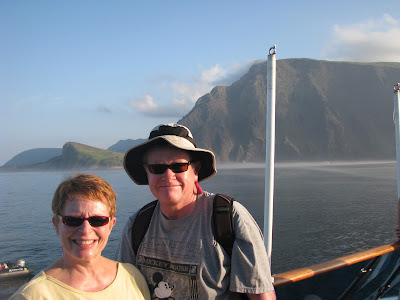 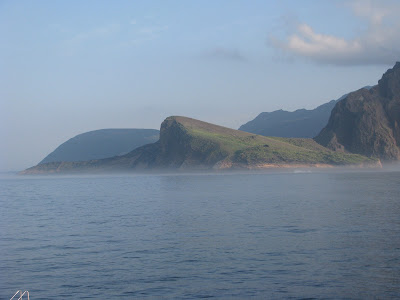 After the quick trip, we explored the coastline from the zodiac.  The coastline is actually about half of a crater from an extinct volcano (half of it doesn’t exist and much of it is underwater).  There is a sheer 1000 foot wall which is the wall of the crater.  We saw our first fur seals (very similar to the sea lions).  The big difference is that the seals have a “home” and generally stay within a few miles of that home.  Whereas sea lions just move around wherever the fish is located. 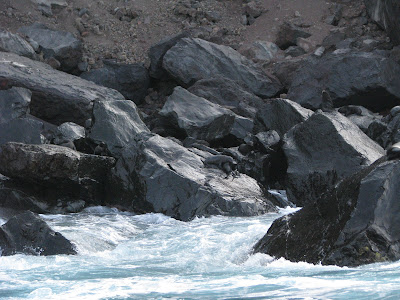 We also saw the small (about 1 foot long) Galapagos penguins swimming (who are really, really fast under water).  We also saw some wingless cormorants, blue-footed boobies, and marine iguanas. 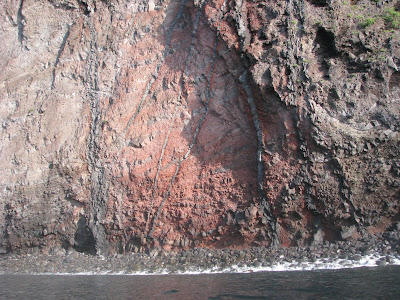 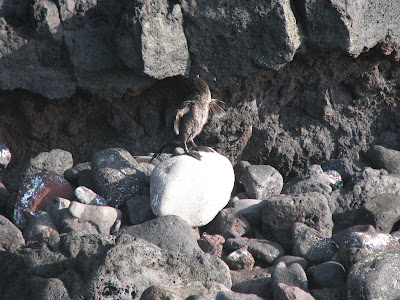 One really interesting part is where there is a cave that is hollowed out and we went right inside it in the boat. 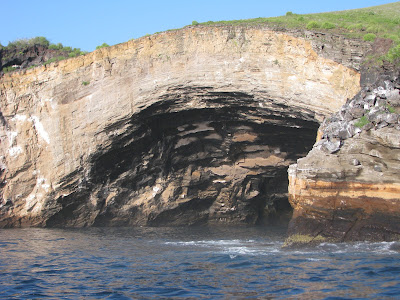 After that, we returned to the boat and got ready for an “advanced” snorkel, which basically took us back to the same area and we swam around.  Bob did it and Julie stayed on the ship.  The water was very cold, so he wore a wet suit.  We swam for about 45 minutes. 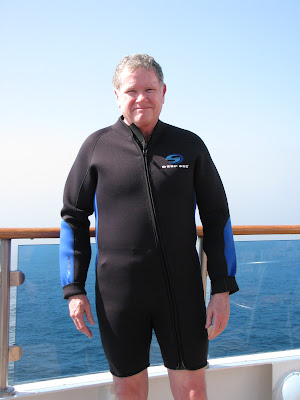 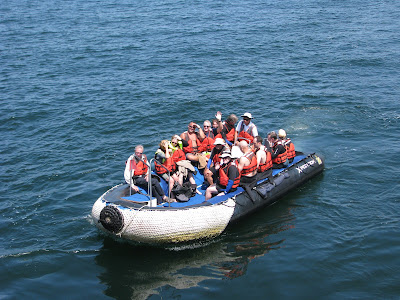 The water was a bit murky, but still got to see sea turtles, penguins, and several different kinds of fish.  Two highlights were a seal under the water playing with a dead fish, and a young seal that came out and investigated us, swimming within 5 feet of us.  We also were visited by a bunch of young pelicans who floated around with us, checking us out.  It was a very nice snorkel.  Bob returned to the ship and we ate lunch.  The ship was repositioning itself across the bay area to Punta Espinoza on Fernandina Island.
As a part of being an Elite Celebrity member, we were given a free 30-minute massage.  Having never had a massage before, Bob got to experience it at 2pm that day.  The massage therapist worked on his shoulder that he had injured about a month ago when he slipped on the ice.
We chose the 1-hour short walk at Punta Espinoza, which was a dry landing.  The area is another seabed uplift.  Fernandina is one of the youngest and thus most active volcanic islands.  It also is completely pristine (apparently the largest such island) with no species of flora or fauna introduced by man.   The walk was across a lava field and some sand.  We saw several swimming marine iguana and others lounging on the banks spitting the salt out of their nostrils. 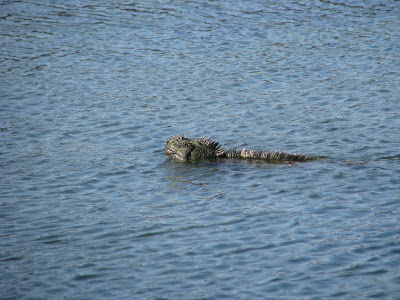 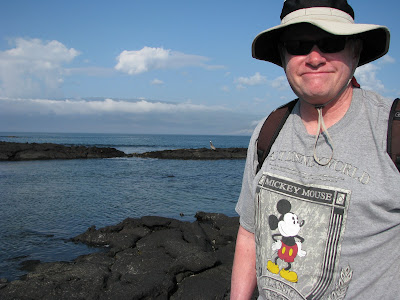 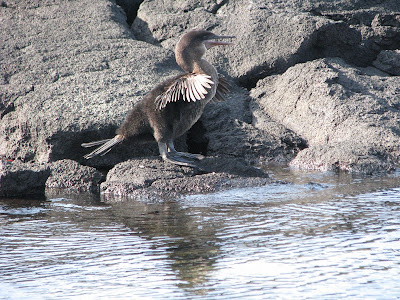 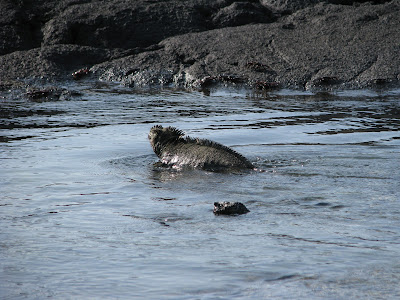 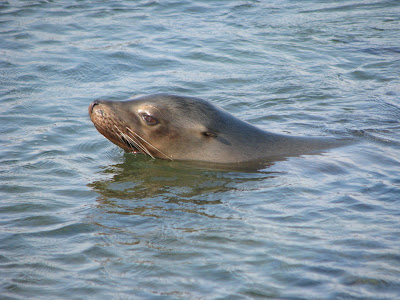 We also saw several sea tortoises, lots of crabs and lava lizards.  The only downside was the 1-hour walk turned into an over 2-hour “short” walk. 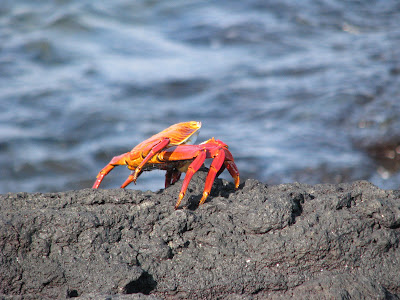 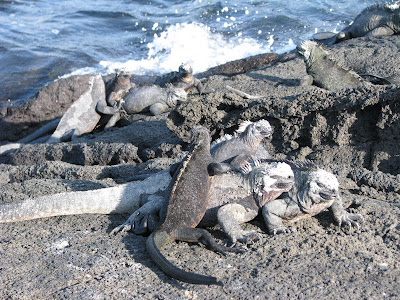 The evening cocktail party (which starts at 6:45 every night) was Pisco Sours.  We didn’t return from the walk until after 7 and had to take a quick shower to get ready for the briefing, which we barely made to.
We then went to dinner with Steve and Mitch-it was Mitch’s birthday.  After dinner, we went to the crossing the equator celebration which included lots of antics by the naturalists (including one dressed up as King Neptune) and the guests.  Then everyone got up and did YMCA and they played lots of classic rock and roll. 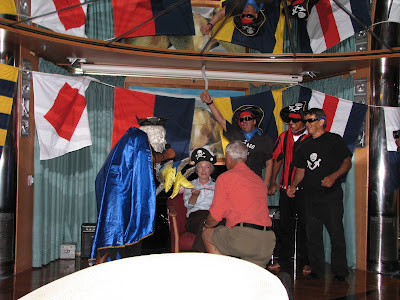