Because the previous night was a late night the first excursion of South Plaza Island left at 8:30 instead of 8:00.  That was the short zodiac ride and long walk.  The 9:00 excursion was the long zodiac ride and short walk.  We opted for the 9:00 one because Julie really likes the exploring the shore in the zodiac.  Also, the short walk was essentially the same territory as the longer one. 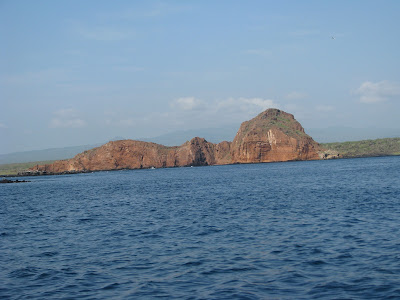 We went around the shore of the North Plaza Island (these islands are tiny, maybe 500 yards wide and a mile or so long).  We saw the Swallow Tail Gull which is the only nocturnally feeding sea gull in the world.  It has red eyes and a ring around its eyes that is used when it is feeding its chicks in the night time to be able to see where the parent’s mouth is for feeding.  We also saw a bunch of sea lions, some boobies, and other birds. 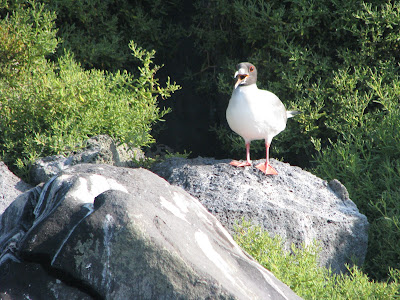 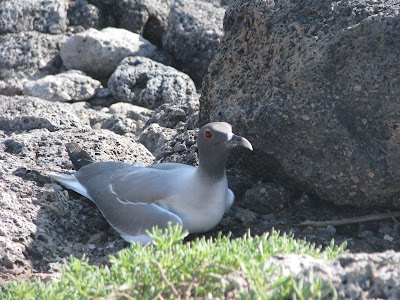 Eventually we went to South Plaza Island for a dry landing.  We got off and wandered around the interesting terrain with lots of small plants and prickly pear cacti.  We saw a number of land iguanas whose main diet consists of the prickly pear cactus leaves and flowers (eating the spikes and all). 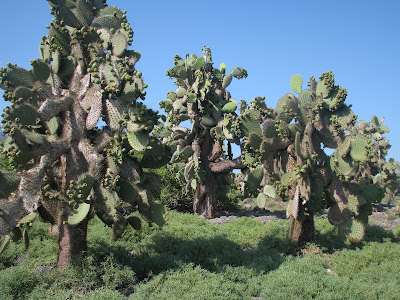 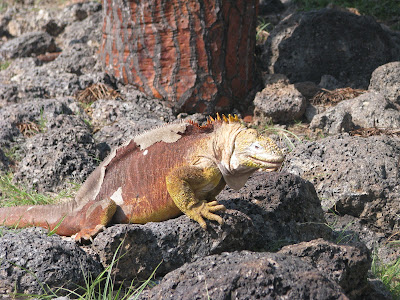 There was also a team from the national park that was catching the iguana, tagging, weighing and gathering blood samples.  Some used long poles with looped rope on the end to snag the iguana, while others just walked up behind them and grabbed them. 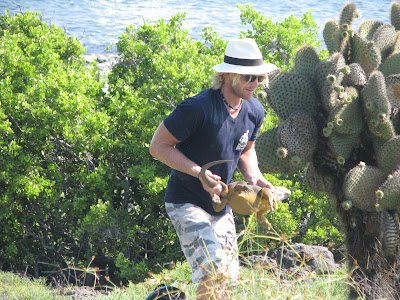 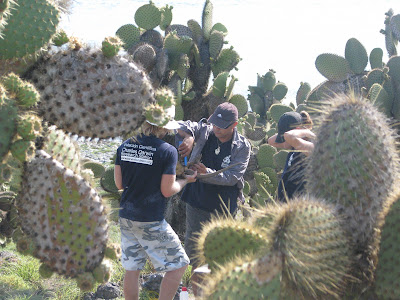 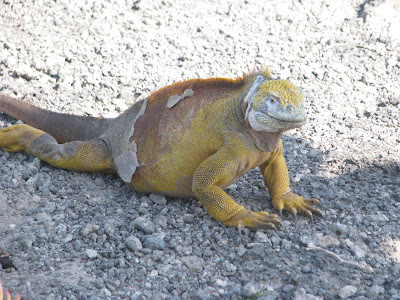 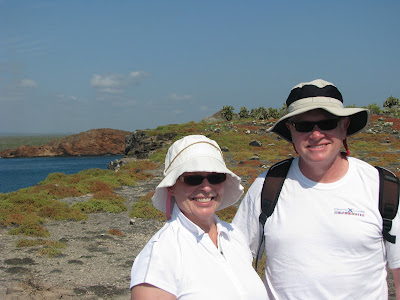 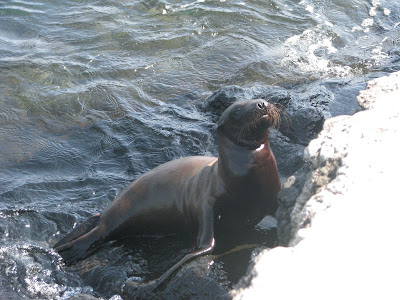 After about a 45 minute walk, we went back to the ship on the zodiac, showered and got ready for lunch (a Mexican buffet).  At 2pm, we expected a talk on life in the Galapagos by the naturalists.  Since they were all (or mostly all) born in the Galapagos, they talked about what it was like to grow up here.  However, what they did was divided up the room in three groups, and allowed us all to ask questions about their lives here on Galapagos.  We were in Marvin’s group.  He was born on Santa Cruz Island and is in fact a second generation Galapagosian (if that is the way you say it).  It was interesting to learn a bit about life here and also his personal experience.  It turns out that he is extremely bright and it really shows in his interactions and understanding.
The afternoon walks were on Santa Cruz Island to Dragon Hill.  You basically visit a couple of brackish lagoons where you may find flamingos and then go around Dragon hill that has a lot of land iguanas.  We were both kind of burned out from all of the excursions without a break, so we decided to bail on the afternoon walks (frankly it seemed like there was nothing new that we were going to be seeing).
For the cocktail party, it was supposed to be margaritas but they ran out of mix and did some weird concoction that was kind of like a daiquiri.  Dr. Ellen Prager (the chief scientist for the Xpedition) gave a talk about her book: Sex, Drugs, and Sea Slime.  Over the course of the week, we learned that she is on board about 3 or 4 times a year when they have a room available.  She coordinates the program and was here to see how the new A/B itinerary rotation schedule is working out. 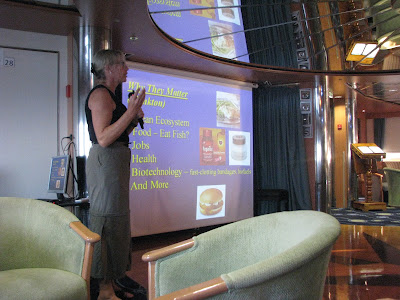 After that it was the nightly briefing and then karoke after.  Dinner with Mitch and Steve.  Mitch sang several times as did some really, singing challenged cruisers. 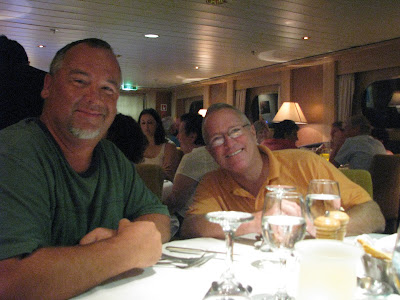 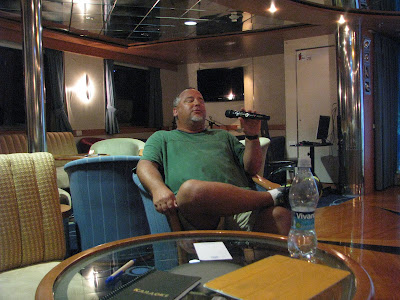