Since this was an overnight port, we got up, had breakfast in the Lido and then headed out for the 9am shuttle into town (it is only about 2 miles into town, with Crystal providing a shuttle that runs every 30 minutes).  We had joined a group arranged by Guin for a walking tour of the city at 10am.  We found the tourist office and wandered around for a bit until the appointed time arrived. 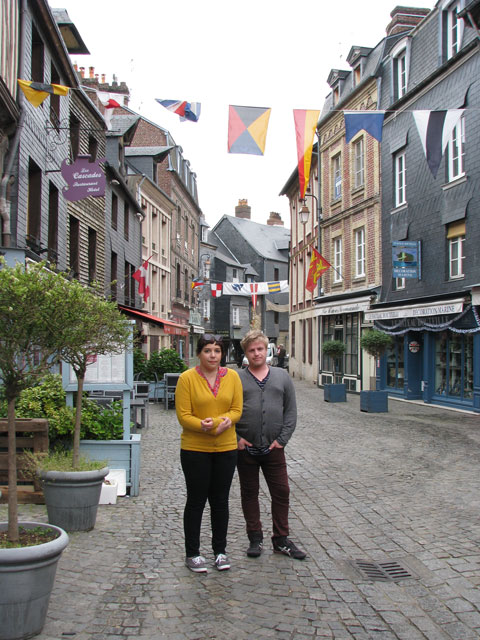 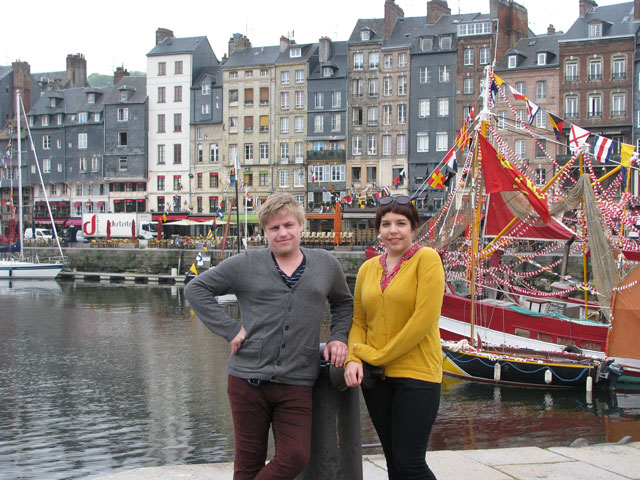 The guide arrived and we started our tour.  We learned that Honfleur was originally a walled city with troops garrisoned inside.  Their goal was to protect the entrance to the Seine.  This was back in the 14th century.  The wall is no longer there, but many of the houses are still the same.  What was interesting is that they even had a harbor that was inside of the walls of the city.  We wandered around and looked at the various parts of the city: highlights included the building that held the salt that was used to tax the citizens; a discussion of how their houses were constructed; 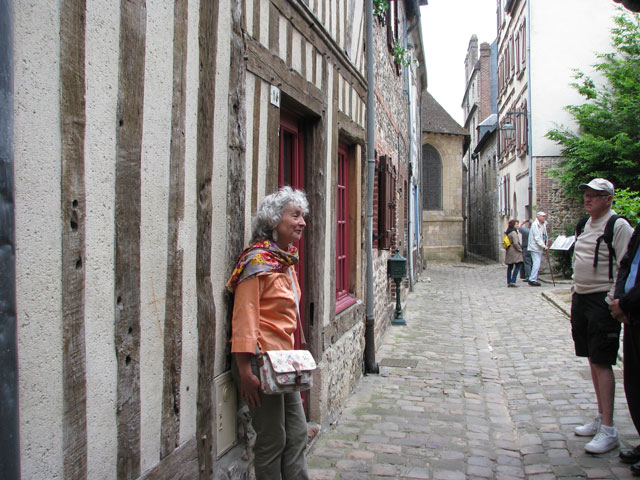 Our guide leaning against a 14th century house explaining its construction.


the way houses ended up extending their square footage of their buildings out over the street in the front because they were only taxed based on the square footage of their first floor; and finally St. Catherine’s their biggest church.  The church was constructed by shipwrights and looks quite different from most churches.  For one, the bell tower is a separate building across the street (the shipwrights didn’t know how to build one and so made them separate so if the building collapsed due to the ringing of the bell, it wouldn’t take out the whole church).  Second, instead of being a large stone building, it was made of wood (which shipwrights knew how to build).  It was quite a nice church.  That ended our tour (after about 1.5 hours). 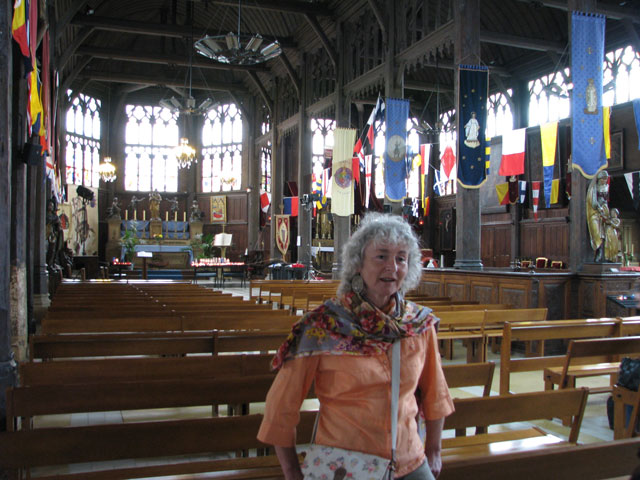 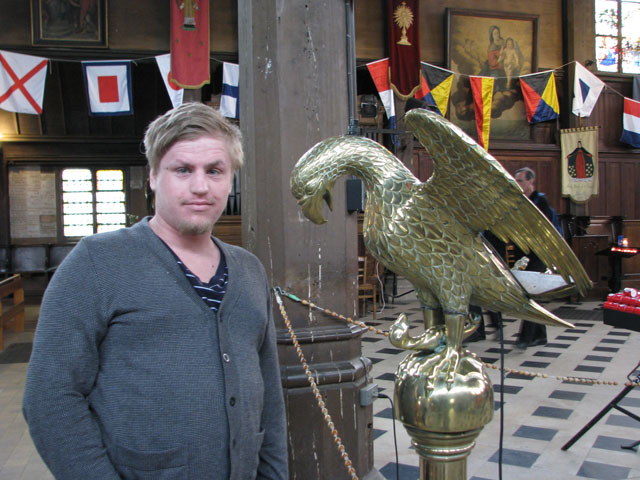 We then wandered around, explored the city, shopped, and eventually had coffee at a small restaurant by the harbor. 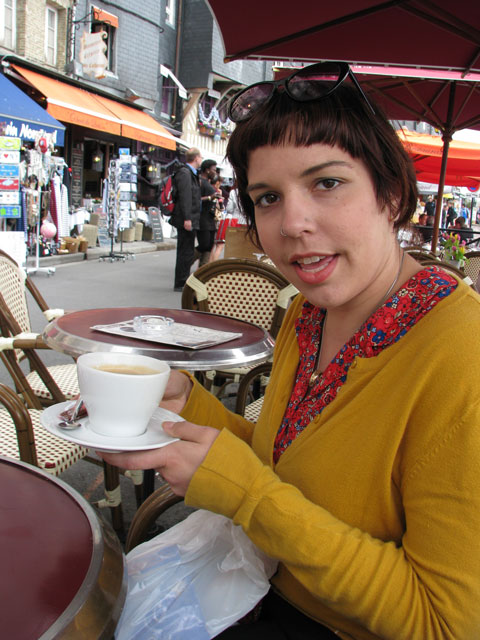 We returned to the ship for lunch and some housekeeping duties.

We made it to tea again at 3:30.  The kids love interacting with one of the waiters named Zolton.  They are constantly joking back and forth with him.  After tea, Bob worked on the previous days blogs, but couldn’t post because the internet was down.  So, everyone got ready for informal dinner, had drinks and we then went to Prego for the third time.

This time, Julie and Bob both ordered a build your own, three item sampler for entrée. Julie had three different small spaghetti servings with different sauces, while Bob had a ravioli, spaghetti with Arrabiata sauce, and Paccheri.  Wow, what a wonderful way to try several different tastes.

After dinner we went to see Brent Webb, the mentalist.  He did what was essentially a magic show based on supposedly mentally figuring stuff out from the participants.  Some of the tricks we could figure out, but most of them were quite amazing and very well done.  We were quite impressed.  After that, we hung out a bit and then hit the sack.
Posted by Bob at 8:20 AM