When we made our travel reservations, we opted to have their full breakfast included.  This was a great buffet with a wide variety of choices.  We then headed over to Victoria Station with our plan to take the train to Hampton Court Palace, which is in Surrey.  We got another Travelcard (this time for zones 1-6), which would allow us to take the tube to Waterloo station and then get on a direct train to Hampton Court Palace.  We eventually arrived at about 11:30am.   We walked across a bridge and the palace was right there.

It is a very large palace originally built in the 1500s that was extensively enlarged by Christopher Wren.  It’s claim to fame is it is where Henry VIII lived.  We explored the palace and grounds.  Besides learning a lot about Henry VIII, there were exhibits that showed where young William III lived, how food was prepared, the history of the palace, etc.  The palace was in excellent condition and extremely interesting. 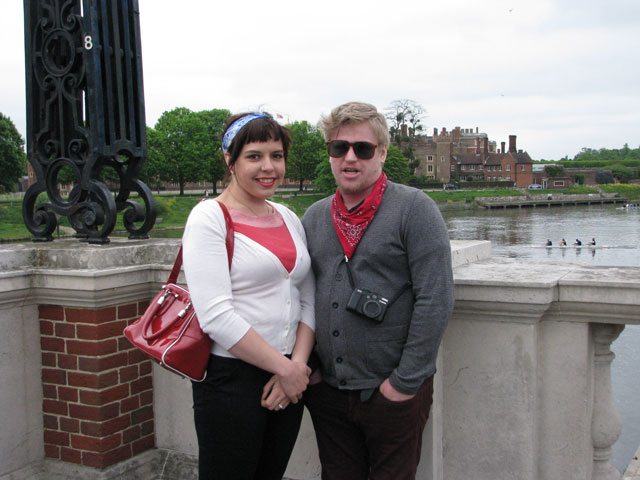 Alex and Brenda on the bridge across from the palace entrance. 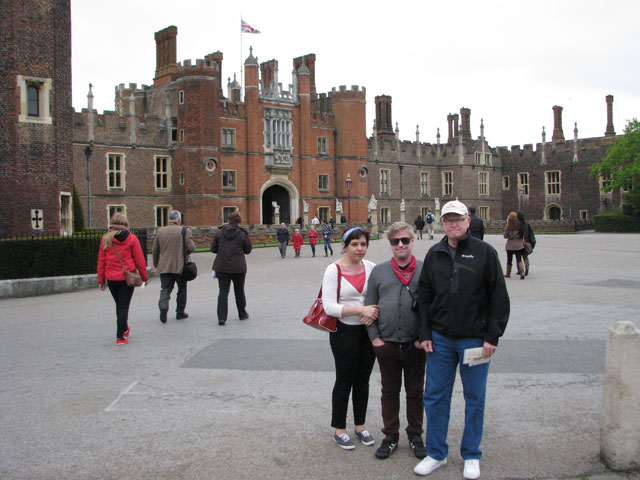 Bob, Alex, and Brenda at the entrance. 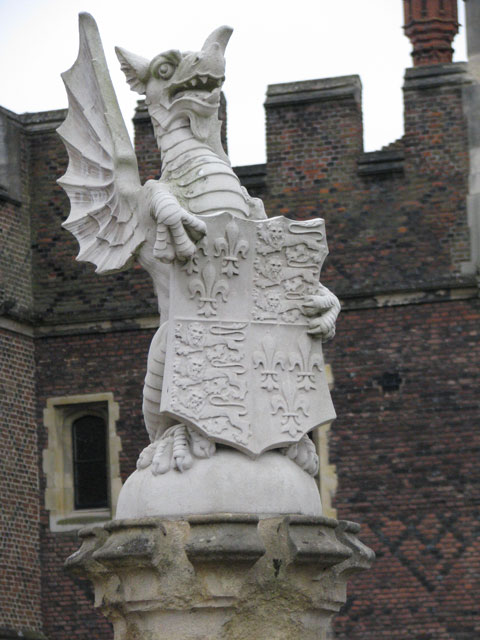 One of the more interesting dragon statues by the entrance bridge. 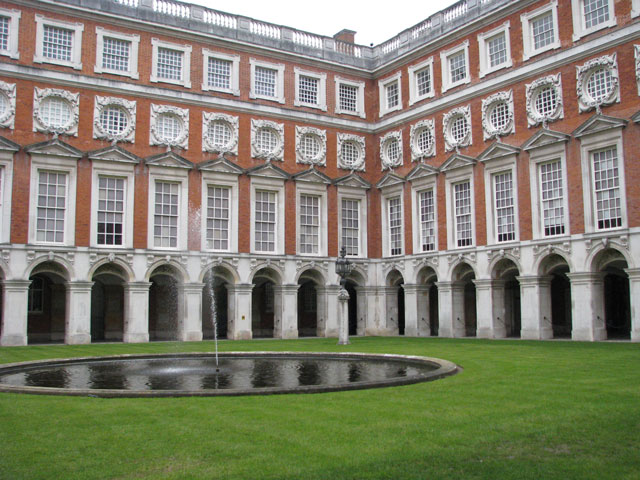 One of the three courtyards. 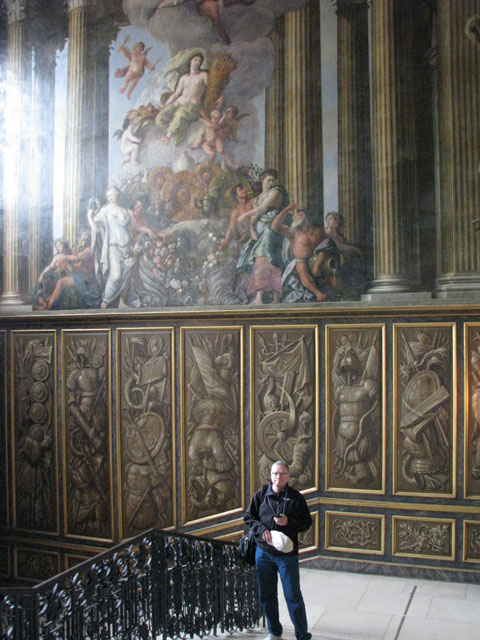 A picture inside one of the staircases showing how tall area is. 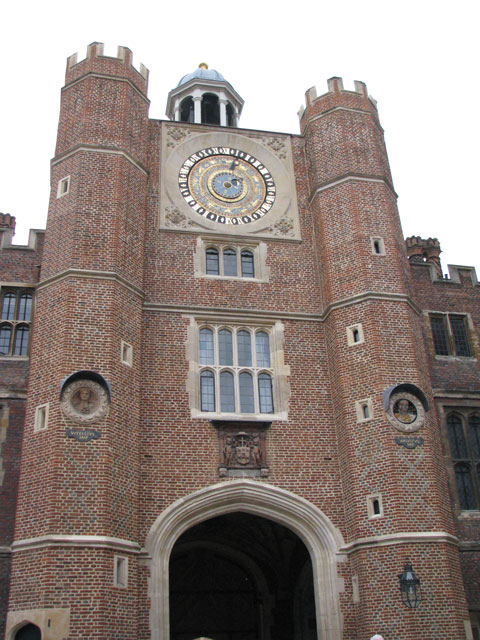 The astronomical clock tower in the clock courtyard.

After spending the afternoon in the palace and the fabulous gardens, we hopped back onto the train and got back to Waterloo station. 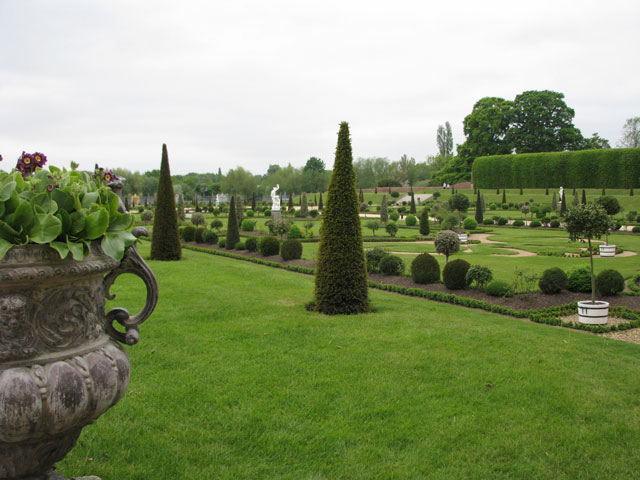 This shows just how large the gardens area is. 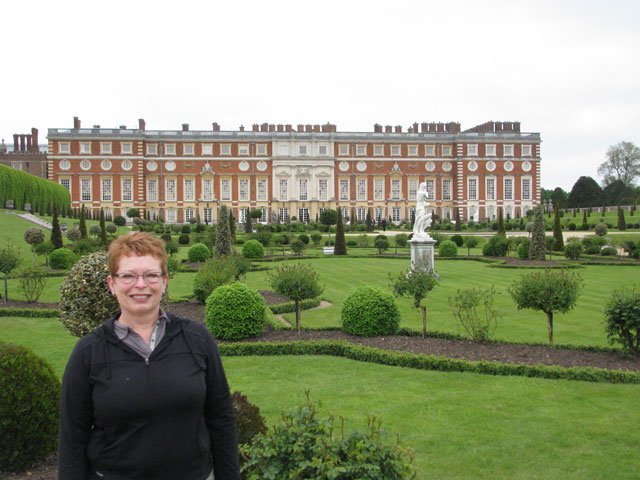 The back of the palace from the garden area. One of the many, many gardens. 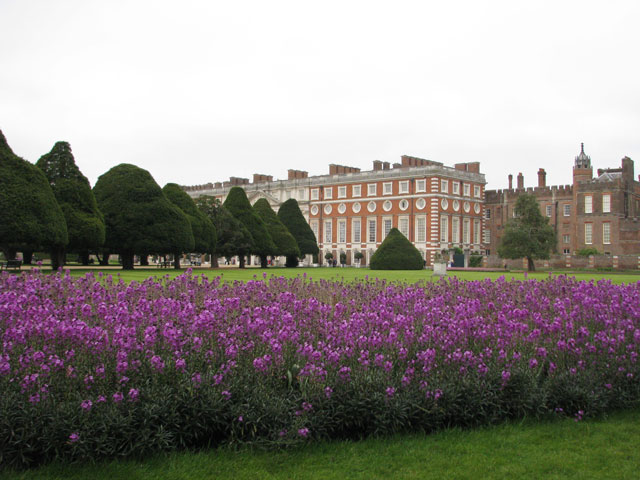 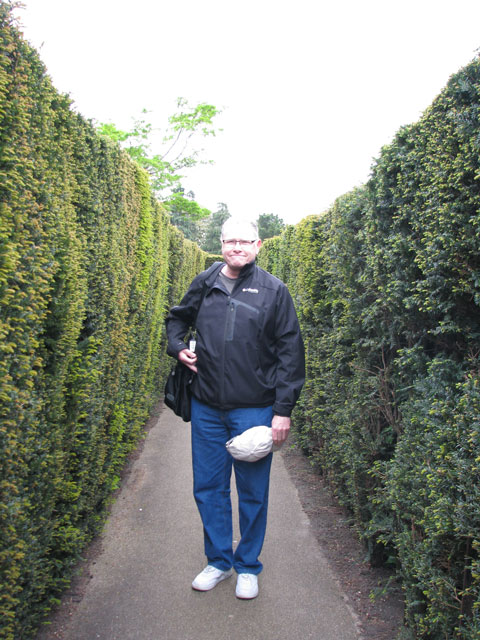 There was also a maze in the garden area, which we traversed.

From there, we decided to go out and walk back to Victoria Station and the hotel.  It was a bit chilly and overcast (as it had been for the two days).

Dinner that night, we went to Shakespeare pub.  This was recommended by the concierge in the hotel.  It was ok, definitely not as nice as the previous night.  It kind of reminded Bob of TGIFridays (yuck)….
Posted by Bob at 9:43 AM