We lost an hour last night, so slept in until about 8am.  We then got up, grabbed a quick bite at the Bistro and went in to hear Four-star Marine General Zinni who spent several years in charge of Centcom.  He talked about the Middle East and the situation there.  He discussed a bit of the history and how Islam peaked with the Ottoman Empire and has been in decline ever since.

Next up was the Cruise Critic Meet and Mingle for a short visit at 11:30am and then team trivia at noon.  The team did pretty well with 11/15 score, but the winning team had 13.

Lunch was at the grill and then there was a “port” talk, mostly about Bilbao, Spain and the Guggenheim museum.  The museum is amazing architecturally, very organic, covered in .3 mm thick titanium panels.  We can’t wait to see it on Thursday.

That talk was followed by a discussion about the Middle East and the Arab Spring and really how messed up it is.  The people don’t have a clue about what to do and where to go.  The people know that they don’t like the current situation and need a better economy and freedom of some kind.  It was a bit depressing how messed up pretty much all of the Middle East countries are.

After that, was the Captain’s party (with Crystal’s President), which we missed.  We then went to the formal dinner in the dining room for the Captain’s dinner.  The food was amazing as usual.  After dinner, it was the production show Envelope Please, which has some great music.  Even Brenda and Alex enjoyed it. 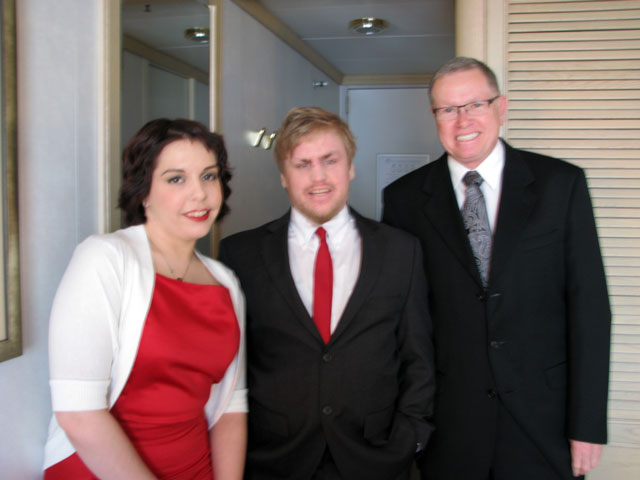