We were scheduled to go on a ship’s shore excursion to visit the countryside outside of La Coruna, Spain, a port town of about 250,000 people.  One of the first things that we learned as we left the city was this is not your typical Spanish area.  Most of Spain is hot and dry, however, this area gets 180 days a year of rain.  They have a culture that is Irish, with bagpipes and the works.

We did a quick photo stop to see a fort built in the early 16th century as a way to stop pirate Drake (yes, Sir Frances Drake – their version of history is different from the British history). 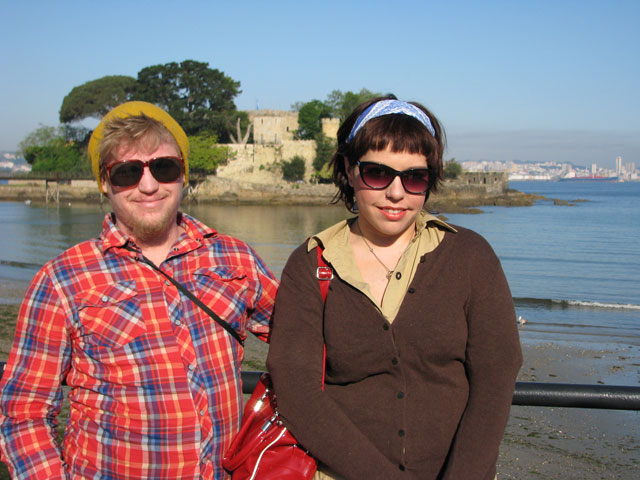 The fort is in the background.

When then drove to Pontedeume.  This was a small town with a nice bridge and a small square.  We had about 30 minutes to explore which ultimately was plenty of time.  There just wasn’t much to see there. 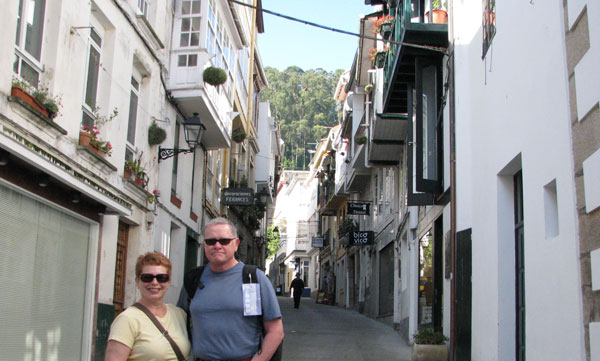 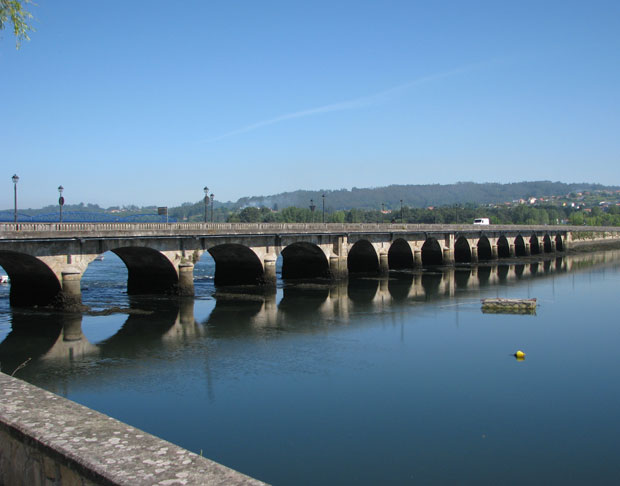 Next was Betanzos.  In this town we went on a guided walking tour of the several churches in the area. 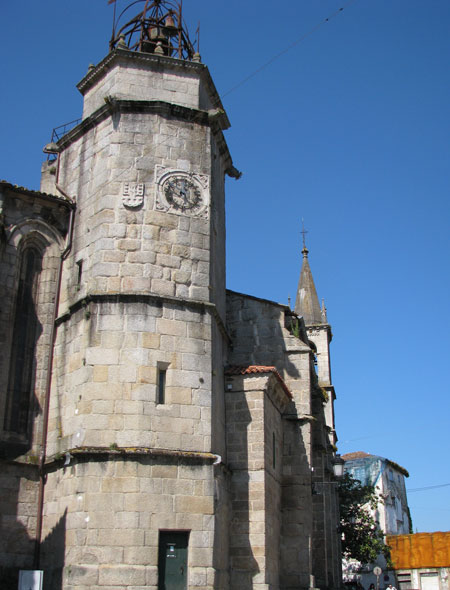 This church had two bell towers. The closest one is owned by the city and is in the talled place on the hill so it could ring out times to the locals. 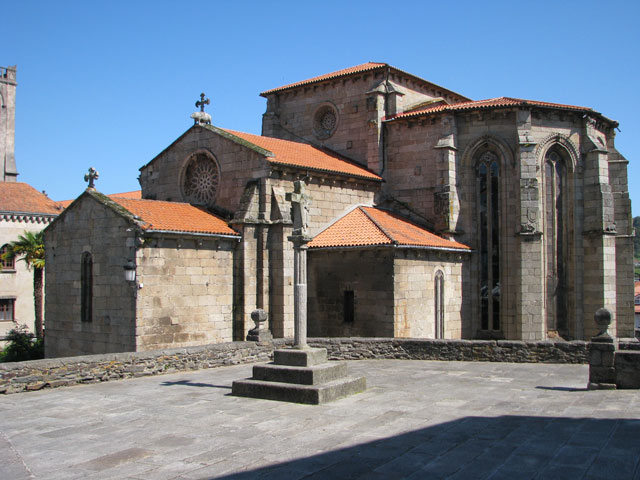 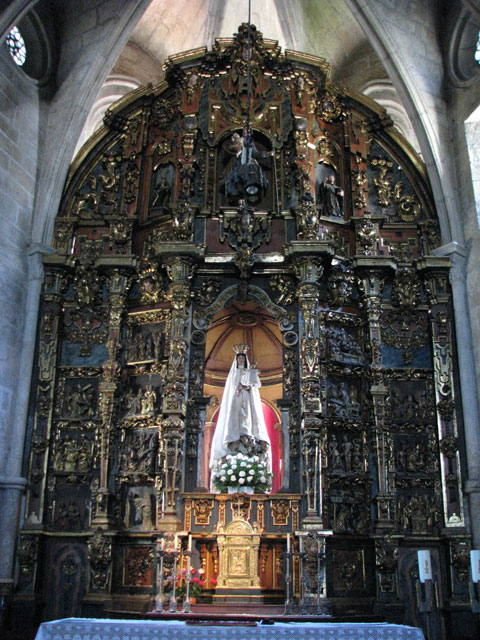 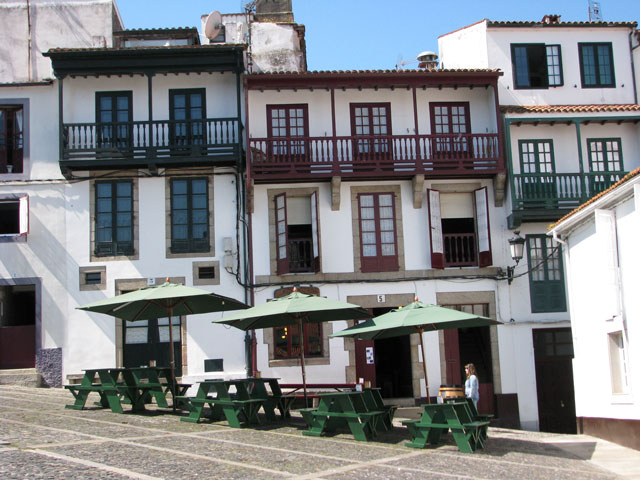 We then drove to Le Rectory, an old church/monastery that was converted to a hotel and a restaurant.  The church still is intact and is used for weddings and special occasions, but is not used for Sunday services.  The lunch was a true tapas offering, with numerous different dishes.  We entered the area and two long tables were lined up with places for the food.  There were chairs around the outside, so we went in and sat down, which is completely wrong for a tapas bar – you are supposed to stand around, eat, drink and visit.  But we are a bunch of Americans, so we sat around the outside.  Eventually they filled the tables with food and we got up and started to indulge.  We also had some great wine – a red - Rioja and a white from the Galicia region called Albarino which was fantastic.  Some of the best white wine that Bob and Julie have ever had.  They also offered local beer and soft drinks. 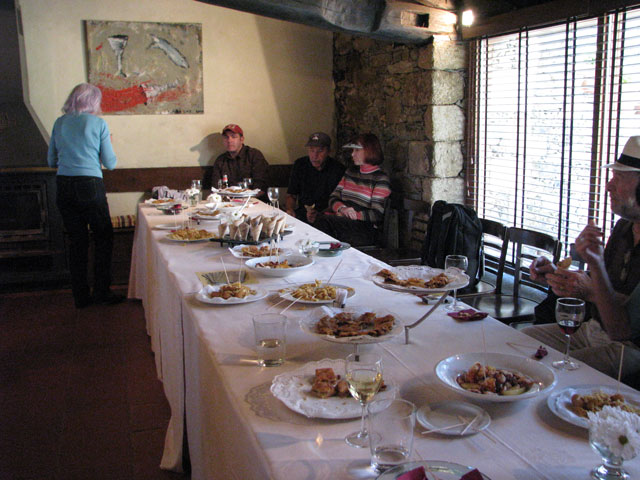 The tapas varied from a pie with cod and raisins to an “omelet” that seemed like it was all potatoes.  Speaking of potatoes, being Irish ancestors, they eat potatoes with every single meal.  There was some octopus and calamari.  Poor Brenda who is allergic to shellfish didn’t have a whole lot of selections.  But the food was excellent.

After we ate and before we left, we got a tour of the church, parts of which were first erected in 911.  We then headed back to the port and boarded the Symphony.  We made it in time for afternoon tea, which we all enjoyed (Brenda especially since she is a real tea lover).

Dinner was in the dining room.  Bob had an interesting pasta entrée with a meat sauce mixed with raisins.  Julie and Brenda had salmon.  Alex had the veal scaloppini. After dinner, there was a show by two brothers (the MacDonald Brothers) from Scotland who played a lot of different instruments and entertained.  It was a terrific show.
Posted by Bob at 9:54 AM