We took the ship’s transportation to the airport and with a very early flight, had to leave at 6am.  As Delta Platinum members, we were allowed to use the airport lounge as we waited for our flight to Amsterdam.  That flight was uneventful and we got there in plenty of time for the crossing back to Boston.

In Boston, we went through customs and immigration and then said good bye to Alex and Brenda (they were scheduled to catch a bus back up to Maine).  We headed over to the domestic Delta terminal (a very, very long walk) and then waited for our final leg back to Salt Lake City.  We all arrived safely after what was a nearly 24 hour day.
Posted by Bob at 7:41 AM No comments:

We arrived in Hamburg early for an overnight stay.   We had arranged a free tour with Sandeman’s New Europe.  We took the shuttle bus into the center of the city and were left off near the Rathaus (the city hall), a beautiful, imposing building. 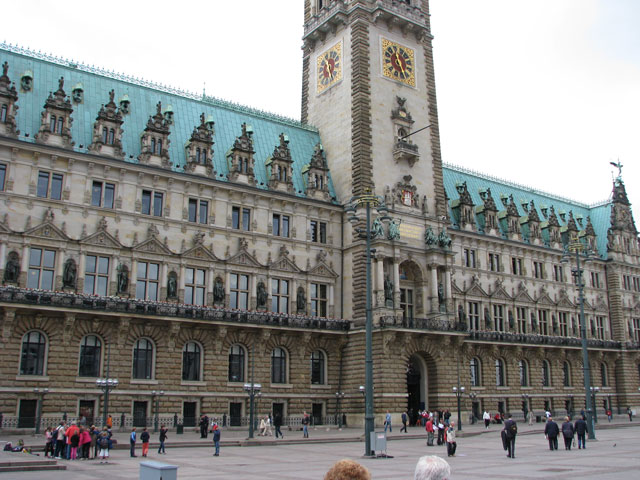 We hooked up with the tour and they divided us into groups of about 20 people each with our own guide.  We began learning about the Hanseatic League of which Hamburg was an important port.  At that point, we wandered around the city, examining the various churches, buildings, etc.  One big point was the 1842 “Great Fire” that destroyed about a quarter of the city, including the old town hall. 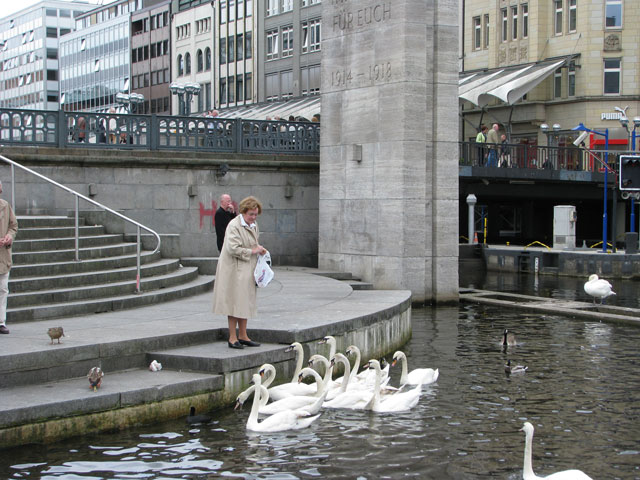 This canal was right by the Rathaus.

The architecture looks very substantial with a LOT of bricks everywhere.  Our guide pointed out a bunch of “counting” houses.  These were essentially houses of commerce where the shipping companies were housed and did their business.  Since Hamburg was such an important port (and still is), these houses still contain the companies that trade and ship to all different parts of the world. 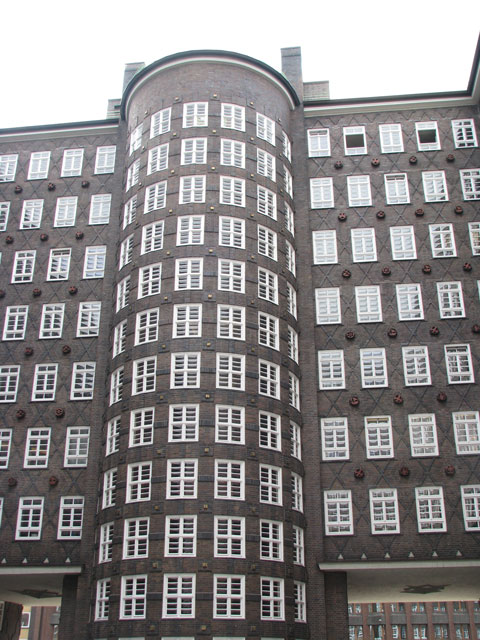 One of the several counting houses. 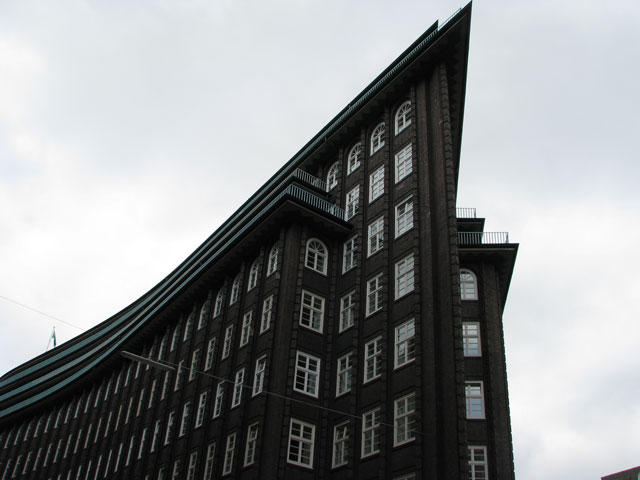 This counting house was shaped like a ship (this is the bow).

We visited the old town hall that was destroyed in the fire.  The back-story on that was someone had the brilliant idea that in order to put out the fire, maybe they could blow up a building with a huge explosion which would suck away all of the oxygen and snuff the fire out.  They ended up deciding to use the town hall, blew it up and the fire kept on raging.  Good plan… 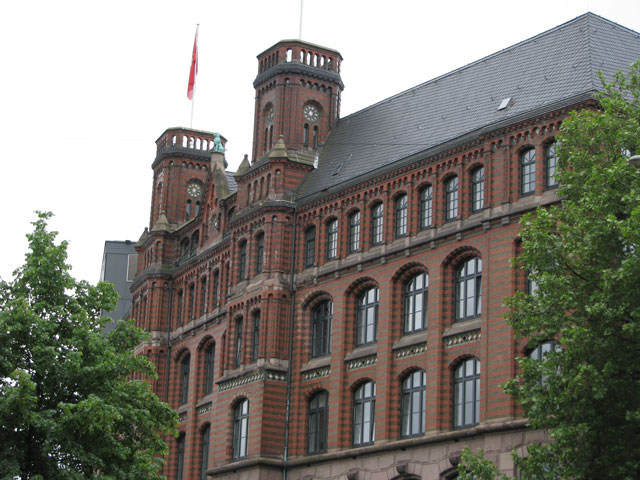 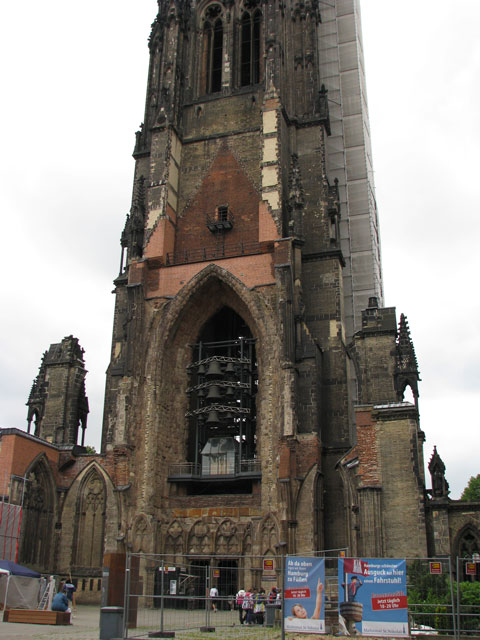 We are standing inside of the church, which is clearly outside.  This particular church has been left as mostly destroyed (from WWII bombing) as a monument. 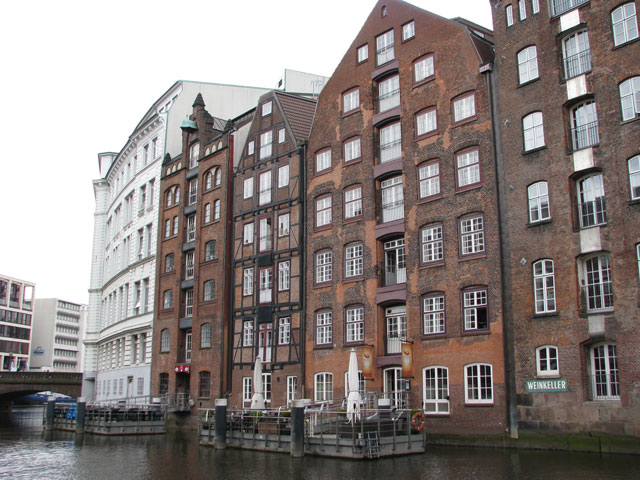 Anyway, eventually we walked by the house where the great fire started and the came to a new redevelopment area where there were a ton of new apartments, and other beautiful modern buildings. 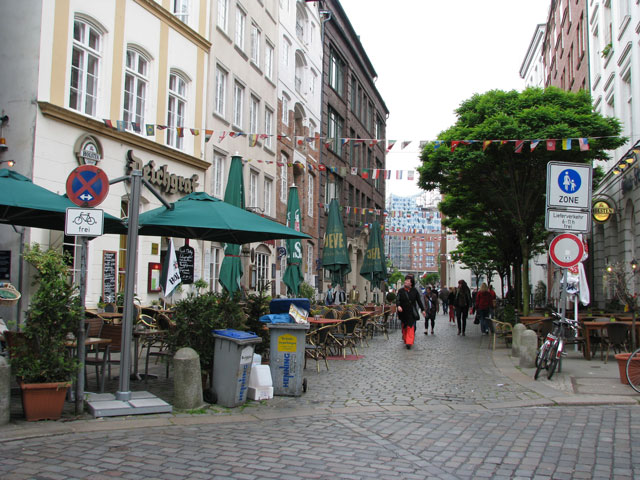 The "Great Fire" started at one of these buildings on the left. 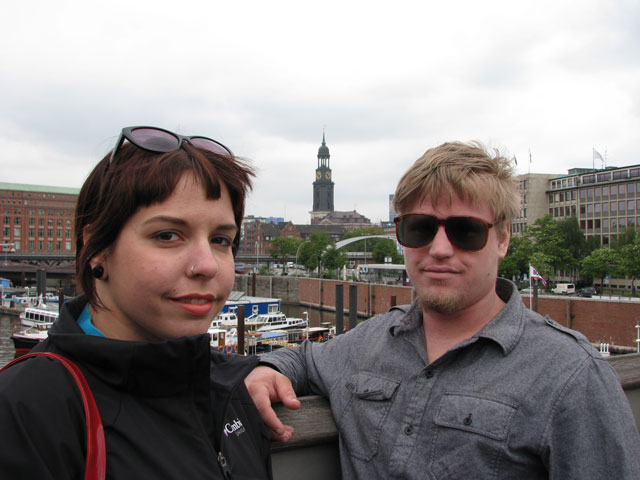 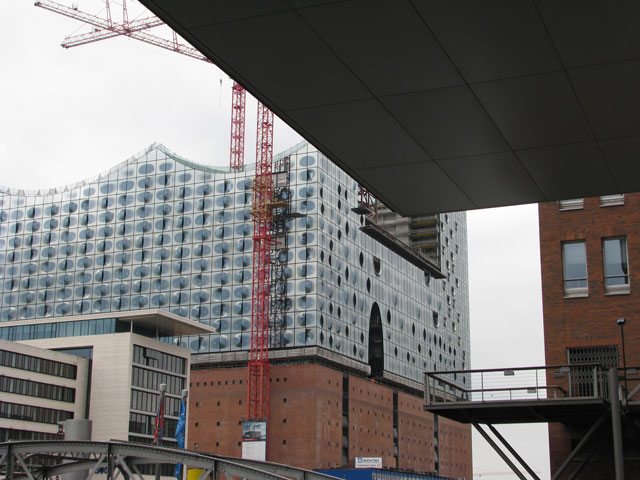 The new concert hall and its crazy architecture (which has had budget problems, such as the city thought that it was going to cost 70 million and hired an architect, who ended up spending the entire 70 million just designing the building). 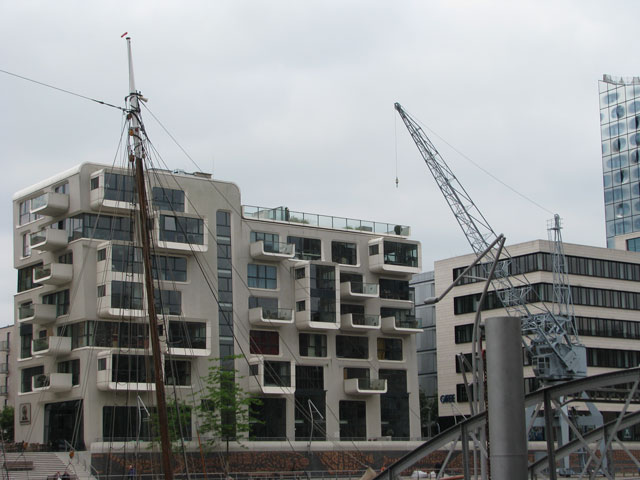 At that point, we wandered back to the town hall area and sat down at a small outdoor booth and ate bratwurst and beer.  It was wonderful. 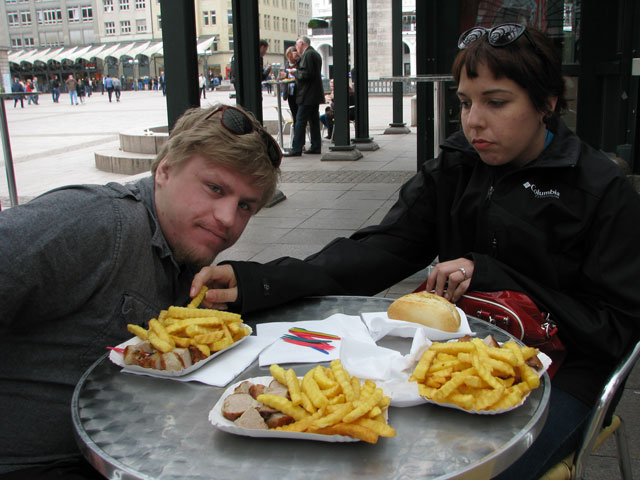 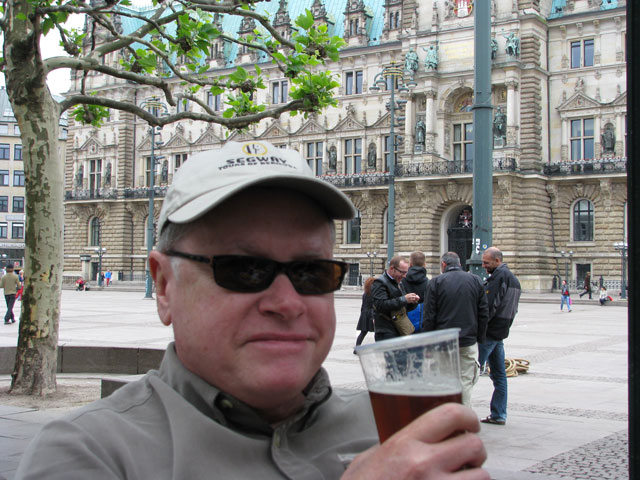 We then did some shopping, and finally took the bus back to the ship for an afternoon of packing and our last afternoon tea.  We had dinner in the dining room, watched the fourth production show “Route 66”, put out our bags and hit the sack.
Posted by Bob at 7:40 AM No comments: